Here’s a two-sentence story to make a point about building characters when creating literary fiction.

Harry flew a kite at the beach to entertain his invalid son. But the kite got away and Harry seethed with anger.

Didn’t grab you, I would presume. Let me tell it again, this time with emphasis on characterization entwined in IN-SCENE action.

A wind gust elevated the dragon kite and the string ran through Harry’s hand fast enough to hurt.
“Let me do it, Daddy,” his son Raymond said as he limped to Harry’s side. The boy held out his hand that trembled without stop from a congenital palsy. Could he hold the string? Fly the kite? He wanted to so badly.
“Hold it tight,” Harry said placing the string in the boy’s hand. The kite dipped then suddenly soared, the string taut again.
“I dropped it,” the boy said crying. Harry reached out but the kite had ascended too far to reach the string.
Harry cursed as the kite disappeared untethered, driven out to the sea by the off-shore wind.
“I didn’t mean to,” the boy said, “Don’t hit me.”

Here’s a snippet from another STORY that emphasizes characterization, “The Perennial Student.” In essence, the narrative is more SHOWING than telling.  If an assistant professor is to advance to full professor, he must successfully discipline a student who dominates his creative-writing class with crude offensive writing and comments. Here’s an abridged excerpt that exemplifies techniques of in-scene “showing” and character-specific DIALOGUE revealed in a new essay–Creating Quality Characters in Literary Fiction. www.storyinliteraryfiction.com/essays-on-writing/creating-quality-characters/

Possum waited inside the entrance hall of the ivy-coated building that housed the Departments of English and Computer Science when Denise entered through the left side of the twelve-foot oak doors. How innocent she looked.
“Denise,” he called, “over here.” She squinted toward the sound of his voice.
“Will?” she said. All his other students respectfully called him Mr. Possum.
“Yes. Over here. Behind the statue. I need to talk to you.”
He had practiced. Now was the moment he’d been dreading. He guided her to the quietest corner of the foyer. The hot summer air seemed to press them together.
“Look, Denise. You have really made a contribution to the class.”
“Oh, thank you,” she interrupted. “That’s so cool.”
“Writing is sensitive business,” he started again.
“Only when you let it all hang out.”
“It’s not particularly an issue of hanging out.”
“You got to tell it like it is. Tell the truth.”
He tasted the first sourness of defeat. How could this mundane woman with her formidable convictions force him to feel so hopeless?
“I did not mean that we should not tell the truth. It is a question of adjusting to the sensitivity of the writer.”
“I know sensitivity. You teach us real good.” She smiled. “It’s all about no pain, no gain.”
Was she mocking him with her stare of excessive interest? He worried someone might overhear. My God, how she made him flounder. “Each creative composition is so personal it makes a writer vulnerable,” he said.
She nodded in full agreement.
He decided to be direct. “I must ask you to be considerate of other class members in your comments.”
She recoiled slightly, frowning. “Shutting me down?”
“No. Not ‘shutting you down.’ Just soften your comments.”
“It’s the men, isn’t?” she asked.
Possum swallowed. “No. It’s not just the men!” Discrimination? Was she thinking of filing a complaint? His tongue stuck to the dry roof of his mouth.

Of course great literary stories are created by mostly educated writers with talent and will to succeed, but even more important is applying learned techniques of story creation and imaginative telling that provide engagement, entertainment, and enlightenment for the reader.

You can READ “The Perennial Student” (3489 words) or LISTEN (24 minutes) FREE here: www.storyinliteraryfiction.com/original-stories-william-h-coles/the-perennial-student/ 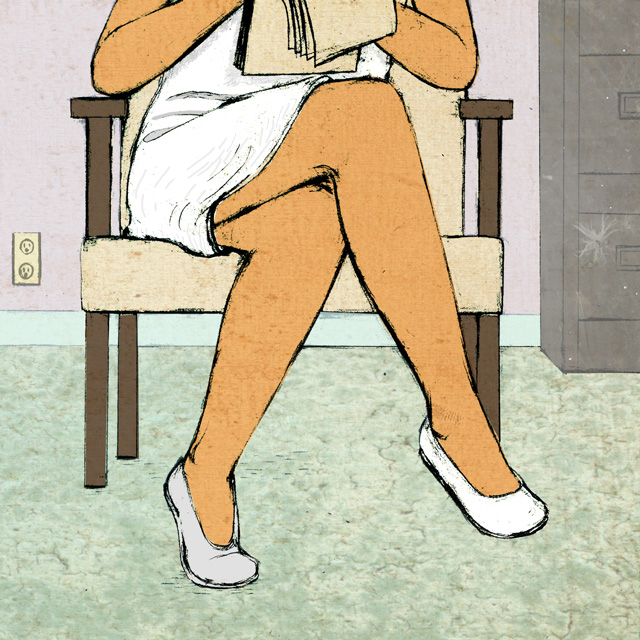 And thanks for reading!