If you write a literary story to engage, involve, and enlighten receptive readers, you should (1) as an author, know the story world well and create characters from their unique worldviews (2) create a narrator who is of the story world, not you the author, (the author creates the narrator with that narrator’s unique worldview, experiences, and memory). Author as narrator is a habit that constricts creativity and promotes narrative description from a fixed reality rather than creating with imagination in a literary fiction story.

Imagined and creative storytelling inspires mystery, suspense, pending discovery, moral perplexity, and surprise in the story world. And in every good story, something else is going to be discovered or happen.  Don’t create so nothing can happen. Don’t let the ideation, dialogue, or imagery of your fiction descend to inaction. Involve the reader’s mind with options and opportunities, obstacles to be conquered, solid stimulating imagery, and the unexpected. When you ignore opportunities to engage your readers, you commit your style to cliché and stereotypes. Here are examples of ways to keep readers involved.

“Lock that damn dog in the garage.”

“Lock that damn dog in the garage,” George said.

“Lock that damn dog in the garage,” George said.

“Mother would never allow that.”

Note: sometimes no direct response adds suspense by allowing the reader to wonder.

Claire led the police to the bathroom. Harold’s torso was submerged, his head back on the edge of the tub.

“Where are the goddamn the winnings?” Claire screamed, gripping Harold’s arm near the shoulder.

She dropped to her knees and sobbed.

Comment: Don’t kill off characters when they may supply mystery and suspense and keep plot moving. What if the author used–

She shook Harold again. “You creep. Where’s the lock-box key?”

EXAMPLE 3  You can infuse mystery and suspense in descriptive narrative.

He hit the tennis ball out.

Comment: The action is closed. But there is opportunity to keep the prose alive.

He hit the ball with a soft touch and the ball arched over Jeremy’s head, descending toward the backline.

He didn’t believe in God. Or heaven.

Could he ever believe in a God that would allow him to be falsely accused of a crime he did not commit, and be doomed to live without faith in devine justice? It would be hell. Could he bear it?

EXAMPLE 5 (Keep prose active and vibrant–with a sense of in the moment.)

Imageic language enhanced with motion and conflict maintains a reader’s interest word by word. In writing, the reader’s mind is active in creating and forming images. Basically, successful authors don’t create still-life images, they paint action scenes that intrigue and engage the reader with images that live on the page.

–Static. Not effective. There was a bird on a limb.

–Improved with some action. The flying bird settled on the limb.

–A lot of energy with action and imagery. The olive branch quivered when the claws of the sparrow grasped the sturdy twig.

The Miracle of Madame Villard

Speaking of the Dead

Thanks for reading! William H. Coles 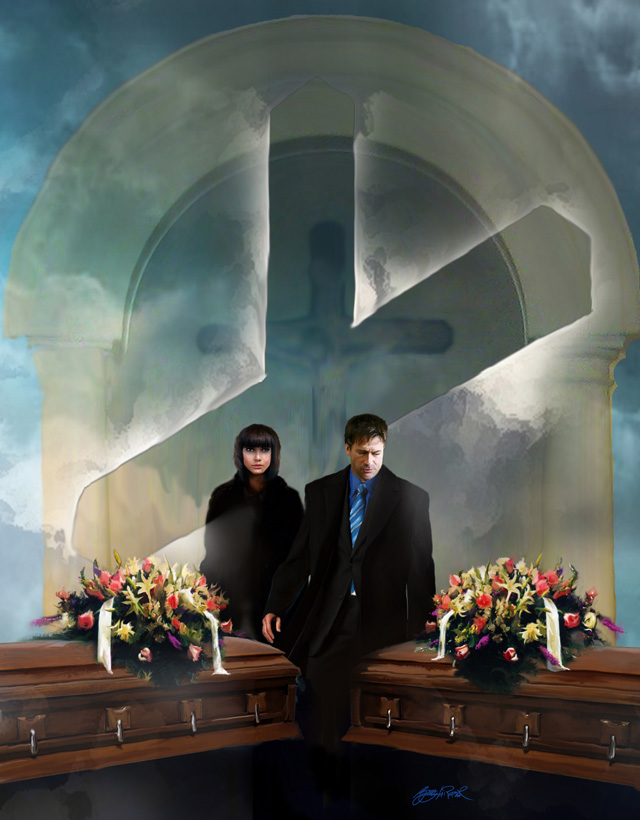 “Speaking of the Dead” A Short Story by William H. Coles.
Illustration by Betty Harper