Literature (written works of superior, lasting quality as an “art form” and fiction (imagined story and characters) are specific concepts that vitalize a writer to engage, entertain, and enlighten readers and achieve acceptance and endearment of the writer as storyteller and master of written works.

Engagement of a reader is a beneficial authorial achievement; invariably readers enjoy and learn from stories they feel a part of. To improve the skill, writers must find and correct individual strengths and weaknesses compatible with their style. No golden rules exist; but essential creative ideas abound in the talented writer.

Quality in-scene narration can be essential for a writer to capture the reader and give space for the reader to participate in the conflicts, characterizations, enlightenments that the fiction story can provide. Space means creating, for example, through action, dialogue, resolutions, morality, discovery, a character that one reader might say, wow! I love a story about a faulty hero while another reader might simultaneously think about the same character, an antihero is exactly what provides reality and credibility here. Written story-works provide opportunities for readers to build their own unique, internalized interpretations of characters and story (created and directed by the author, of course) that satisfy and please by discovery.

John Gardner introduced the concept of the fictional dream, an idea that has been inspected, interpreted, dissected, revised, and often ignored for decades. Basically, a writer creates a dream for the reader that is like submerging into an oceanic fictional world where characters and story absorb the reader without forcing the reader to leave the dream and “break the surface” back into reality.

Examples. The scene: an inexperienced pilot goes into a death spiral killing himself and his passenger.

1) She prayed when Harry gripped the Cessna’s throttle so tight his knuckles turned white; the engine whining on the edge of a power stall, the wing dipping to pull us into a death spiral. Harry moaned, frozen in fear. Her eyes stared to the side window where views of the earth alternated with the clouds in terrifying disorientation. And then, in an instant and with inexplicable surprise, she felt nothing—her senses stripped.

2) She never wanted to take this flight. Heights terrified her. And she was sick from the erratic lurches they were experiencing. The engine whined as the nose of the Cessna rotated up. Harry had less than 35 hours of instrument training, a death spiral from loss of control could kill them. They were less than 3000 feet from the ground. The wing dipped, the plane plunged twisting toward the earth to impact a few seconds later, exploding, dark fuel-smoke whorling upward . . . the world turning silent.

Comment. A narrator describes action and exposition–the reader is an observer–blocking potential for a fictional dream.

Caution. Even though the concept of fictional dream is not well understood and is subject to different interpretations and acceptance, awareness of the fiction dream helps authors to engage, entertain, and enlighten a reader by mastering storytelling narrative techniques and writing competency. 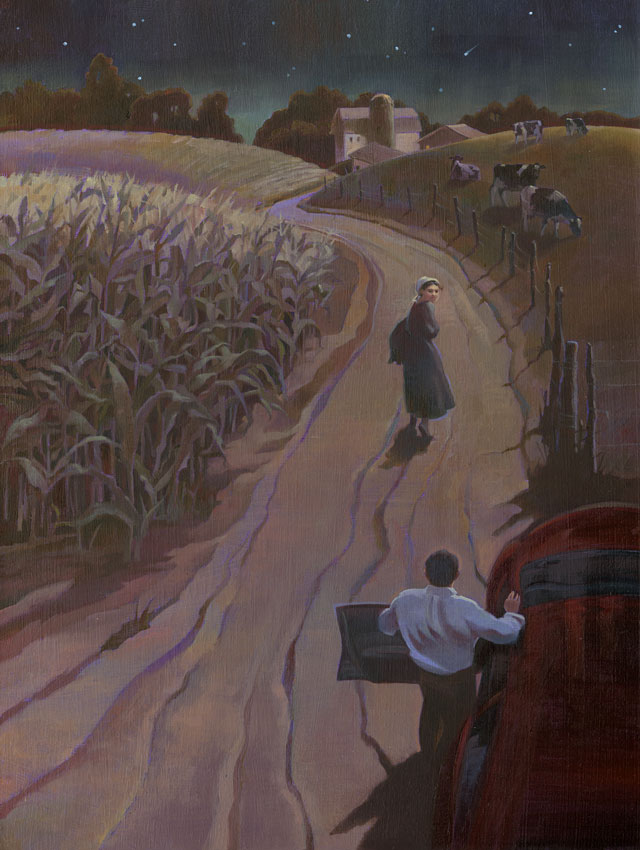 “The Amish Girl” a short story by William H. Coles